Skip to content
Notice: Find a program near you
Programs By State

The Bureau of Labor Statistics (BLS) shows that the average salary for a 911 dispatchers (including police, fire and ambulance dispatchers) earned about $36,300 in 2012. The top 10 percentile earned over $56,580.

911 Dispatcher Salaries Across the United States 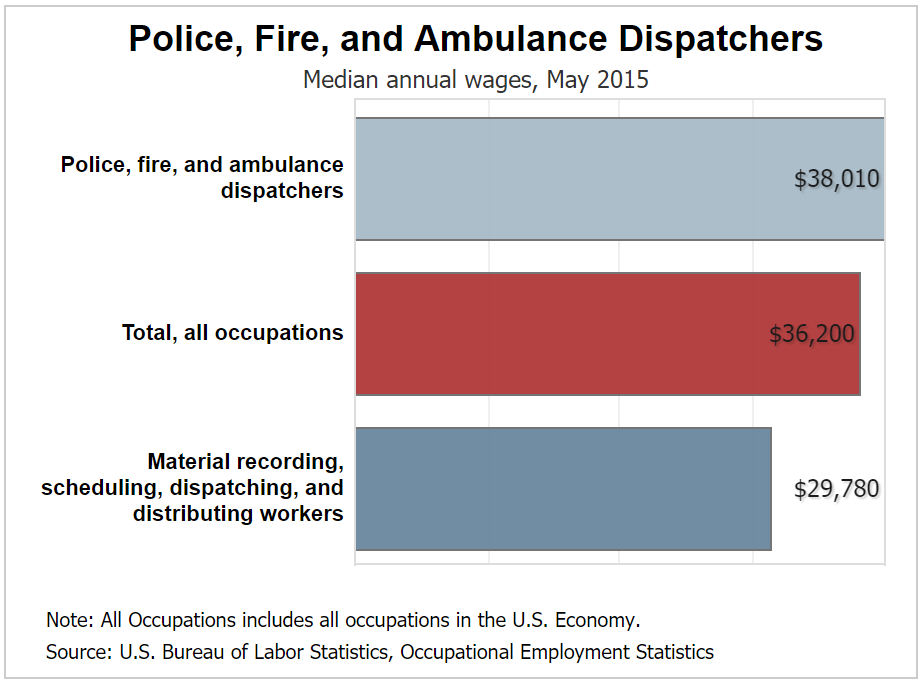 Salaries will vary from state to state. This will reflect the cost of living in different parts of the country. Take California for example, in that state the average annual income was $55,720 in 2012. This is nearly $20,000 above the national average. Nevada comes in as a close second, where the average salary was $52,980, and in Washington where the average salary was about $50,990 in the same year. Other top-paying state include Oregon, at $50,070, and Minnesota, at $47,190.

However, employment rates and salaries are not going to be the same. The BLS reported that West Virginia employed the most dispatchers than any other state in the country, but their average income for that year was only about $25,270. Mississippi was a close second in the number of employed dispatchers, but reported a yearly income average of about $24,370 and Alabama, reported an annual income of about $29,230.

Pursuing A Career As A 911 Dispatcher?

I Am! Not At The Moment

Perfect! Let's get you matched with college programs in your area.

Accessing local schools can help to find a career option that's right for you.